Bayonetta 3 Is Available for Preorder

Fans have been waiting a long time, but Bayonetta 3 finally has a release window: it’s coming exclusively to Nintendo Switch on October 28. Developed by PlatinumGames, Bayonetta 3 is the next installment in a series that’s known for epic fights and acrobatic action (see it at Amazon, or Amazon UK).

Bayonetta 3 is now available to preorder at a number of retailers. Below, you’ll find all the info you need to secure a copy of it for yourself once the release date rolls around. 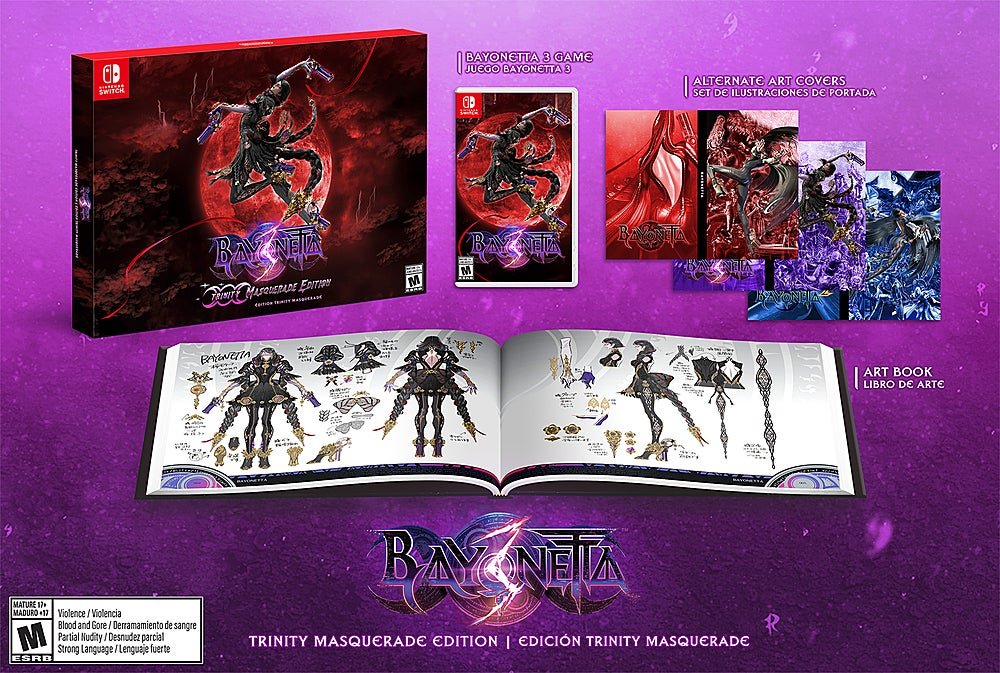 The Trinity Masquerade edition comes with the game itself, plus the following items:

If all you want is the game, that’s totally doable. Grab it from one of the esteemed retailers above.

Bayonetta 1 Is Getting a Physical Version on Switch

Bayonetta 3 is the next entry in a series of action games starring the bespectacled leather-clad hero of the title. The first game came out in 2009, with a followup in 2014. Platinum announced the third game in 2017 with a brief teaser trailer. After that, we heard virtually nothing about the game until the September 2021 Nintendo Direct, where we got the trailer below.

The setting, at least for the portion of the game in the trailer, is a city under attack by giant kaiju-like creatures. Soldiers are trying to ward off the beasts, but are making little progress. Enter Bayonetta, who comes in hacking and slashing all over the monsters. She can also use various special abilities, including a new one called Demon Slave (seen at the 2:30 mark) that lets you summon a kaiju of your own to control.

For more info about the series, you can check out our Bayonetta review and Bayonetta 2 review. And while finding new physical copies of Bayonetta 2 for Switch is difficult these days, you can pick up both previous games on the Nintendo eShop. Play through them, and you’ll be all set for Bayonetta 3, whenever it arrives.