Published by Esports Discovery on November 21, 2020

Adil “ScreaM” Benrlitom may have cemented his position as the “Headshot Machine” long ago, but few would’ve expected that he’d retain the title even months after his retirement from Counter-Strike: Global Offensive, the competitive FPS title by Valve.

Taking a glance at the HLTV profile of the 26-year-old reveals that the former CSGO star has the highest headshot percentage and headshots per round in CSGO. Currently, he rocks an all-time HSP of 68.1% trailed by Twistzz at 62%. ScreaM’s headshots per round count is also a whopping 0.48, which, needless to say, is a significant number when considered in the highest levels of competitive CS. ScreaM has been a part of the competitive Counter-Strike scene since 2010, starting with Counter-Strike: Source.

The Belgian star currently rose to fame during his times with teams like Kinguin, Titan, and G2. He was later signed by Team Envy in 2017 and remained there for over a year.

ScreaM ended his CS career in team GamerLegion where he announced his retirement in August 2020.

The approximate total winnings of ScreaM from professional Counter-Strike are just under $250,000 USD.After quitting Counter-Strike, ScreaM chose to pursue a career in competitive Valorant.

He played for team ‘fish123’ in his initial Valorant days before eventually being picked up by Team Liquid due to his remarkable display of skills in the competitive shooter by Riot Games.

Wondering how he does what he does? Here’s a list of his gaming gear and his in-game CSGO settings as mentioned on his Liquipedia page. 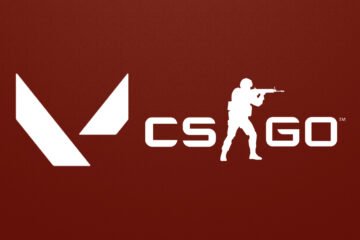 Valorant has already been labelled the CSGO killer by the gaming industry and the release of the game has already had far-reaching effects on the CSGO ecosystem in every region. There are numbers that say Read more…