It’s no secret that keeping up with Destiny 2’s endless loop of new gear is a serious grind. So it’s also of little surprise that players keep coming up with increasingly fiendish paths of least resistance. As the season wears on, that often means sharing boss checkpoints for the hardest content—such as the Vow of the Disciple raid and the master Duality dungeon—to allow fireteams to skip all the preamble. Finding these checkpoints has tended to involve having either scrupulously organised clan mates, or taking your chance with the crapshoot of the Destiny 2 LFG Discord.

It was during my odyssey to snare the Collective Obligation exotic pulse rifle from Rhulk, Disciple of the Witness, that my LFG teammates let me in on a huge tip. In the hushed tones of a Papal secret being imparted, they told me of a Twitch streamer who maintains every relevant checkpoint, at all times. All you have to do is join his Discord, look for the Bungie account name that corresponds to the activity you need, and then grab it from his character by joining him in the activity. “Every checkpoint?” I stammered. “How does he have so many guardians?”

A single word and suddenly it made sense: Stadia.

That streamer’s name is Lucky “Luckstruck9” Lai, who also dubs himself ‘The Checkpoint Guy’. And sure enough, a visit to the Luckstuck9’s Scrubs Discord channel reveals checkpoints for eight of the most high value activities, some being held by multiple accounts to prevent a traffic jam. I’ve been using the service for several weeks, and sure enough you just fly in, wipe so the checkpoint sticks, and then you’re free to leave and kill the boss with your pals whenever you want. Or at least until the weekly reset starts the whole dance over again. 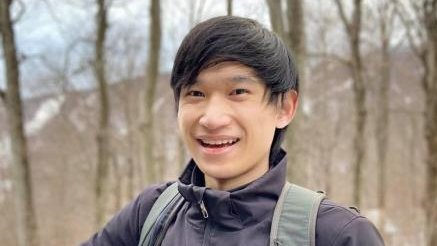 “I’ve always been interested in Streaming, but never really took the initiative to stream my own gameplay until I started to have ideas of what I could do. I’ve taken a lot of inspiration from Destiny 2 streamers like FreeRideGames and ItsTomTom who spend almost all of their time streaming helping people.”

I asked Lai how he came up with the idea to create an army of Stadia accounts.

“Originally, it started as me using my main account in LFG offering checkpoints,” he said. “I eventually decided to make an alternate account which I ran on a gaming laptop that would just hold a single checkpoint whose account ID would get posted in the LFG Discord. It was only when crossplay came out that I had the idea for Google Stadia. I thought about how it would save [me] electricity, resource usage, and give the ability to have multiple instances open at once.”

These days he maintains 11 Stadia accounts, all running off a single desktop containing an i7-7700k processor, 32GB of RAM, and no graphics card. “We use a macro that sends Stadia some inputs, then moves on to the next window until all have been sent inputs in a given cycle,” Lai says. “Then the Macro simply goes back to the first window and begins the process all over again.” I suspect anything involving macros runs foul of Bungie’s terms of service, but given that checkpoint sharing is such a ubiquitous and accepted part of the community, it feels like something the studio can continue turning a blind eye to.

Drop in, drop out

The base game of Destiny 2 is of course free-to-play, but some of the most relevant activities are tied to paid expansions, potentially making it expensive to maintain the checkpoint service. However, that’s where Lai’s Discord has shown its support. “The community has been generous enough that I have not had to purchase any DLC since the creation of the first five accounts,” he tells me.

It should be noted that the checkpoint service is entirely free. All Lai politely asks is that you check out his Twitch channel, which currently has just over 5k subscribers. It’s a smart piece of guerilla marketing for an up and coming streamer.

“I’ve always felt that streamers need to connect with their audience, and helping gracious viewers is one of the most satisfying experiences,” Lai said.

But as with just about everything in the Destiny scene, some have taken exception, presumably because they don’t think there should be any shortcuts. “The community reaction has been interesting to say the least,” he tells me. “As with anything, there are those that wish to hinder and deter progress, but I can confidently say that the vast majority of our community appreciate and, to a degree, rely on the constantly available checkpoints.”

I can confirm that last statement, because I’m one of those who rely on the checkpoints, and the group of veteran raiders I play with are certainly grateful to be able to target their farming more efficiently as the season winds down. Particularly as we’ve already beaten the content many times over, and running something like the onerous opening section of the Vow of the Disciple raid just out of a sense of Catholic guilt doesn’t exactly appeal.

Lai tells me that, according to Bungie’s API, more than 14,000 players grabbed a checkpoint from his accounts during a single week in July. As for what’s next, he says: “Obviously, I wish to maintain the checkpoint system as long as possible, but I’m also interested in helping less experienced players complete some of the harder checkpoints. I’ve previously helped with Master Templar, Master Rhulk, and Master Caital runs, but I want to broaden the encounters that my team and I can assist with!”