Octopath Traveler 2: Here’s What Comes in Each Edition

Octopath Traveler 2 is heading to Nintendo Switch, PS5, PS4, and PC on February 24, 2023. This sequel to the popular “HD-2D” original from 2019 finds an all-new cast of eight heroes coming together to engage in JRPG hi-jinx. The game is now available to preorder (see it at Amazon). We have all the information you need to lock in your preorder below.

The standard edition just comes with the game, but honestly that’s all you really need. 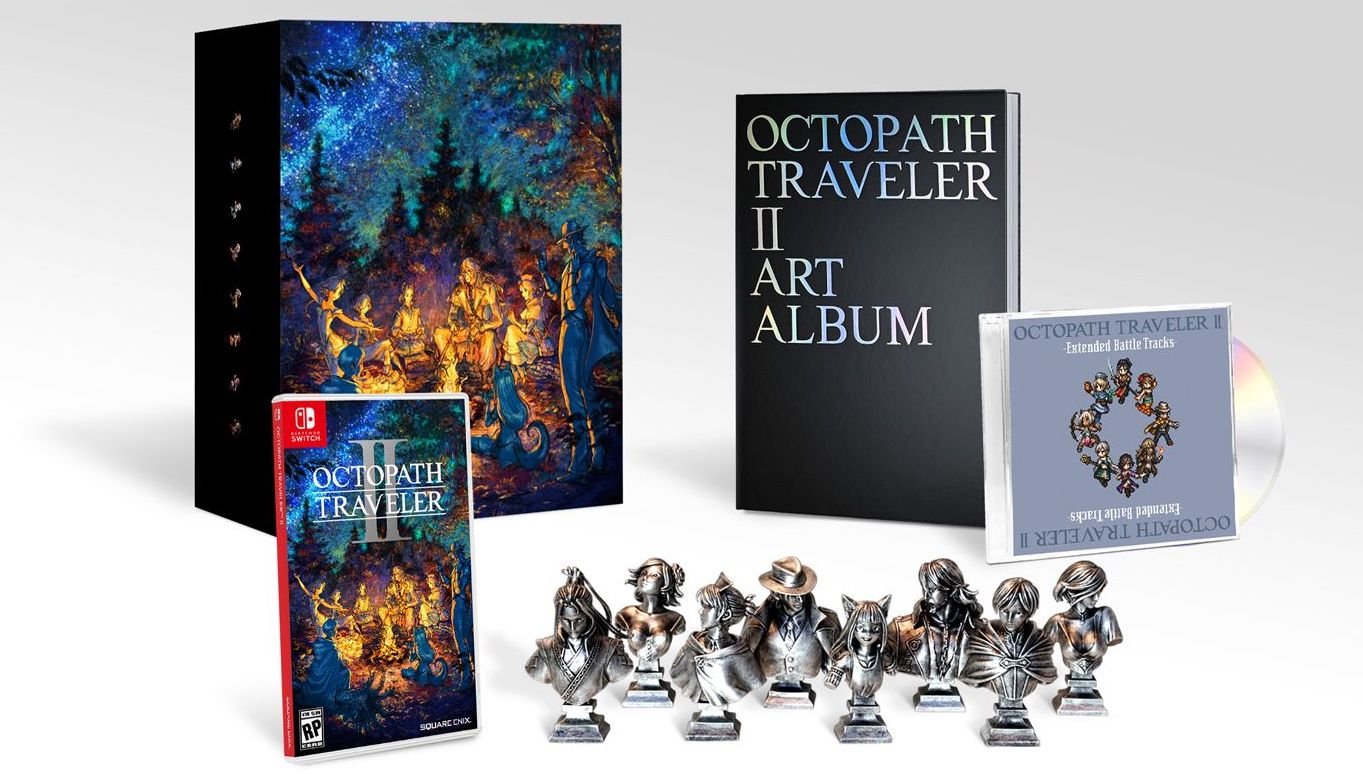 The collector’s edition of Octopath Traveler 2 is a Square Enix Store exclusive. It comes with the game, plus the following items:

What is Octopath Traveler 2?

Each of the eight characters in Octopath Traveler 2 has a unique personality, job title, and goal. Agnea, for instance, is a dancer who wants to become a star. The merchant Partitio wants to end poverty. Ochette, the hunter, makes friends with animals. Fun fact: the first letter of their names, when combined and de-scrambled, also spell out the word Octopath, just like the heroes in the first game.

Each hero has a “Path Action” you can use outside of battle to interact with the characters and the game world. You can challenge townspeople to duels or ask them to join you on your adventure. You can change day to night to see towns in a different light.

The combat is turn-based and looks similar to the combat in the original, with often giant, hulking enemies to fight with your relatively small heroes. You can discover the enemies’ weaknesses and exploit these to break their defenses. You can see combat toward the end of the trailer above.

It looks fairly similar to the first game, so check out our Octopath Traveler review to see what our critic thought of that installment.