They don’t get as much attention as Grand Theft Auto or God of War, but the survival genre is one of the most popular in video games. From Minecraft to Valheim, survival games consistently attract large and passionate fanbases dedicated to building their own unique worlds. They’re driven by rough challenges, an endless amount of content, and the pure satisfaction of building from an axe and a campfire to town, settlements, and even entire cities.

Every entry is unique, but they all share the common element of inviting you to craft your own survival in a hostile world, whether it be filled with monsters, dinosaurs, or giant ants. We picked up our tools and crafted our own list of the best survival games, picking the ones that have the most vibrant communities; the most interesting mechanics, and the most exciting worlds. Here’s our list of the top 10 survival games. If you have a high pain tolerance, then Rust might be right up your alley! That said, if you’re looking for a survival game that will keep you on your toes, Rust is equal parts exhilarating and very difficult. Have we underlined enough that this game is not easy? Rust advertises itself as having only one main objective: survive in a place where everything wants to kill you – the terrain, wildlife, weather, and oh yes, other players.

The game is multiplayer only, so if you thought you were going to build your rustic abode in peace, you thought wrong. At first glance, this game bears a strong resemblance to Ark: Survival Evolved, but the open-world and FPS elements are entirely different. With factions, raids, an electricity system, a huge variety of vehicles including hot air balloons and a massive network of trains, several kinds of highly moddable servers, a robust player base, and fairly frequent improvements and updates, Rust goes well past the “you wake up naked and alone in a deserted area” concept. Bring a friend, or several, if you want to make the most of it. Rust will consume a lot of your time and you will get wrecked.

Read our review of Rust. When Grounded released into Early Access back in 2020, it was a concept we couldn’t believe hadn’t already existed. The movie “Honey, I Shrunk the Kids” had already established that there’s a whole tiny world our normal human eyes could never grasp, so it only makes sense that that idea would make its way into a video game. Grounded took that and built a fully-realized survival game around it. Let’s face it, if you suddenly were reduced to insect size and thrown into a backyard, you’d be keen on surviving that ordeal as well.

The bones that Obsidian built Grounded on are typical, but solid, for a survival game. The enemies are all sorts of creepy crawling creatures, and everything else is used to keep yourself alive.

You’ll build clubs from sticks, construct bases using blades of grass, and even wear armor made from the cacasses of the slain. Grounded has a lot going for it, and it’s only in early access. We can’t wait to see what Obsidian cooks up when this micro-size beast of a game hits its full release.

Read our review of Grounded. Valheim’s semi-impressionist aesthetic and diverse biomes give players plenty to explore and plunder in the 10th world of the Yggdrasil. Contrasting calm and idyllic base-building in early biomes, with heart-thumping battles against giant Trolls and deadly Mosquitos as you depart from the world’s center; Valheim gives hours of entertainment for warriors, farmers, and architects alike. Progression in this game hinges on defeating the bosses found in each biome, which in turn increases the diversity of resources you get access to, crafting recipes, and special abilities like reduced damage or increased stamina.

If you’ve got the warrior spirit, Valheim is the perfect game to fight as Odin’s champion and claim your place in Valhalla.

Read our review of Valheim. This War of Mine is a survival game that stays with you long after you finish its campaign. From its gritty, down-to-earth wartorn setting, its diverse and fleshed-out characters, and a story that pulls no punches. This War of Mine is one of the most heartfelt depictions of what it’s like to be a civilian trying to survive in the middle of a brutal and unforgiving civil war.

Its intuitive gameplay makes it easy to get lost in its morally ambiguous narrative and the tough decisions you will need to make to ensure your party’s survival. Whether you want to play as an emphatic leader or a ruthless survivor, This War of Mine is a game you can come back to many times over and still find something new.

Read our review of This War of Mine. In 2016 there was no game more hyped than No Man’s Sky, even crossing over from gaming spaces into the mainstream with developers going on late night talk shows to talk about the game before its release. It all seemed to come crashing down when it was released in August, lacking features that people assumed would be included and offering very little in terms of gameplay to the point where massive amounts of people demanded refunds.

However, if 2016 was the last time you thought about No Man’s Sky, then you’re doing yourself a disservice. In the years since, No Man’s Sky has continued to update and not only is it now the game that so many of us thought we were getting in 2016, it’s so much more. You can choose between focusing on scientific research, studying cultures and languages, hunting down Sentinels, categorizing plant and animal life, or a combination of all of it. The game is massive and a completely different journey to every single person who boots it up.

And, yes, you not only can now find strangers in the game — though really only in the mysterious Anomaly — you can also have your friends join you on your adventure. The game is entirely what you make of it, which makes it one of the most exciting survival games on this list.

Read our review of No Man’s Sky. Few survival games capture the terror and isolation of its environment as well as Subnautica. Featuring a lone survivor marooned on an alien world, it journeys deep into extraterrestrial waters filled with monsters large and small (but mostly large, and sometimes absolutely gigantic). Along the way you’ll build submarines, undersea bases, and other equipment en route to unraveling the planet’s mysteries.

First released in 2016, Subnautica is available on virtually every major platform now, and also supports VR headsets. Despite its stage, its haunting underwater visuals still hold up very well, and few survival games match the anxiety of watching your depleting food and oxygen gauges as you delve into deep trenches and underwater caves. When you finally return to the safety of the Cyclops, it’s almost always with a sharp sigh of relief — the ideal survival game experience.

Read our review of Subnautica. 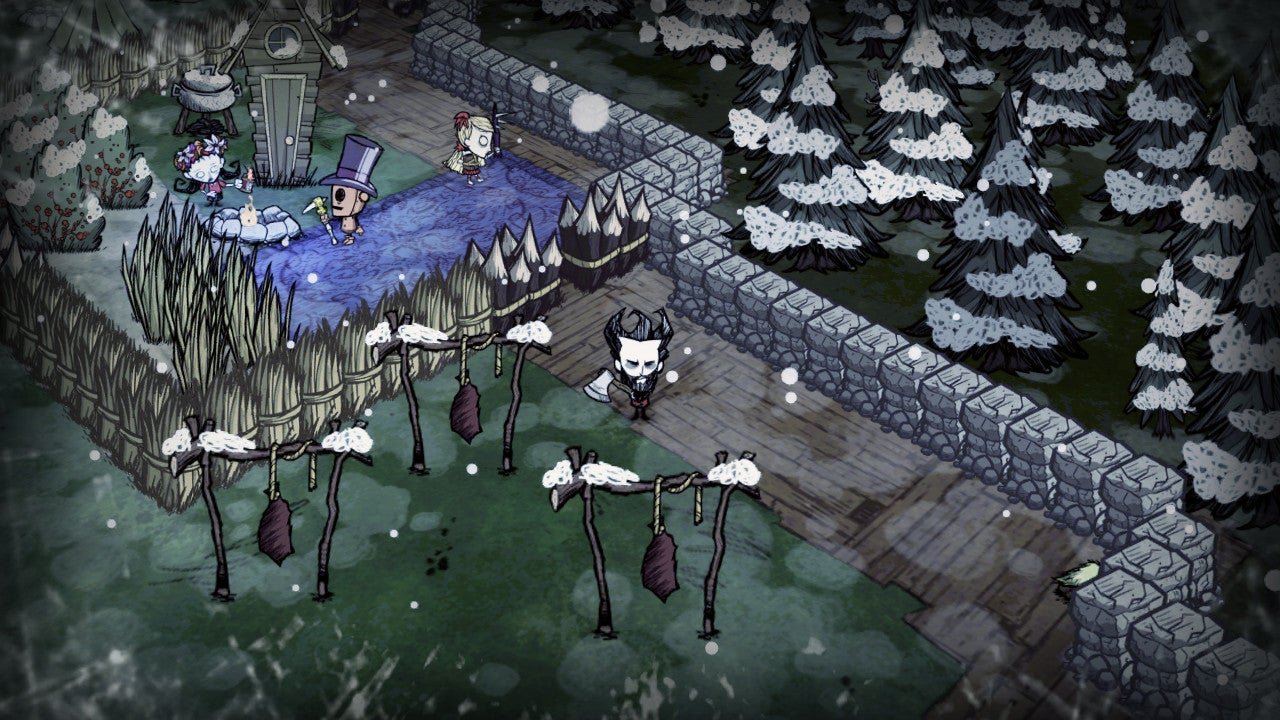 Don’t Starve Together is a difficult bu fair game that’s as addictive as its art style is engaging. Don’t Starve Together’s Sanity meter is what sets this grim gothic adventure apart from its contemporaries – spend too much time in the dark or ignore treating your mental health for too long, and your fears will begin to manifest into shadow creatures that will end your run faster than an empty stomach.

Don’t Starve Together’s difficult but intuitive gameplay loop gives the game an exceptionally high amount of value and replayability. Add some friends into the mix, and you’re in for a fun time; just stay out of the dark. 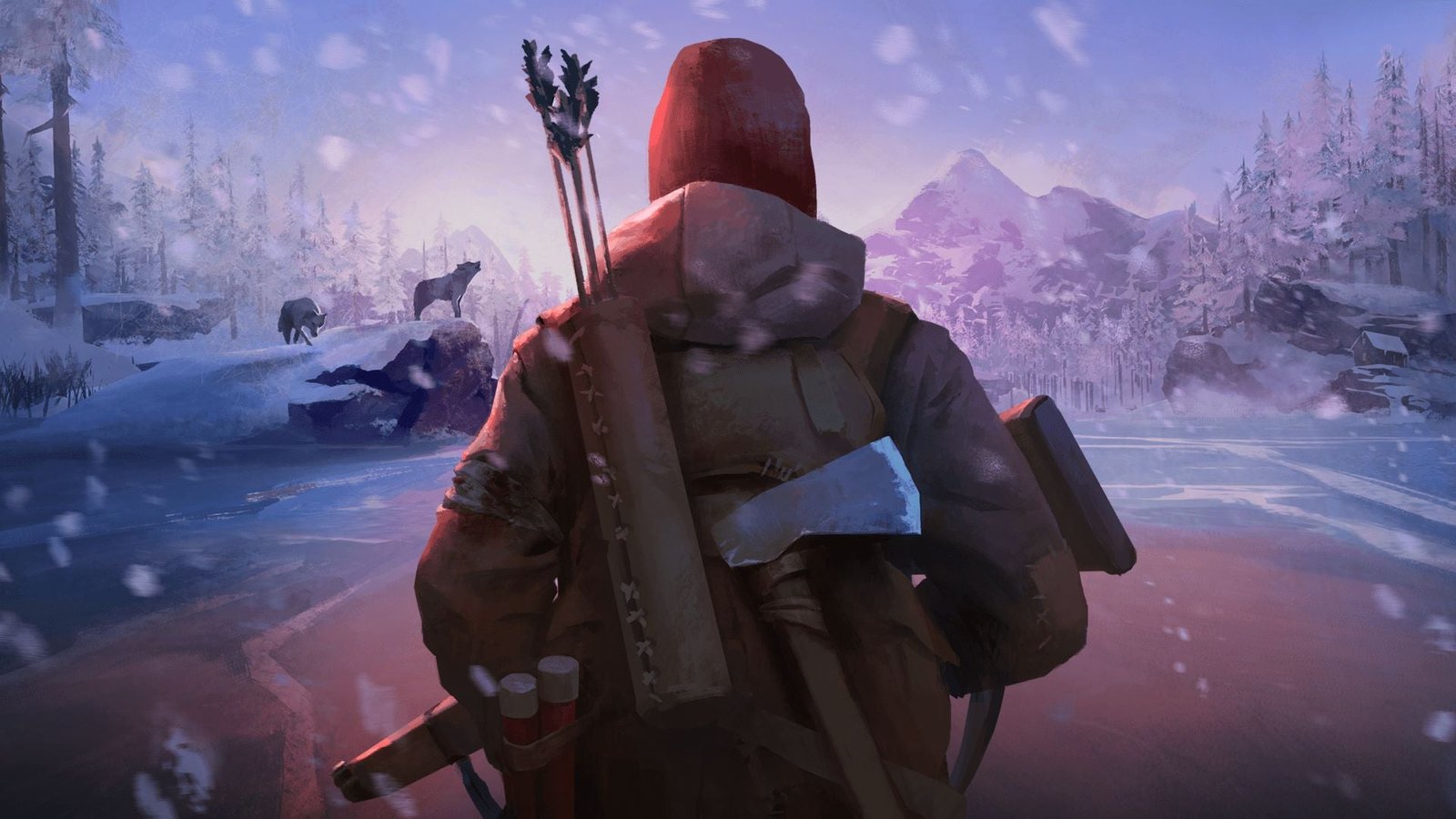 If you’re looking for something that doesn’t involve science fiction or magic, then strap in and get ready for an adventure in the Canadian wilderness. The Long Dark came onto the scene in 2017, but continuous updates have made it fresh for new and old players alike.

While there is a story mode called Wintermute (in which the last episode is still yet to be released) the real gem of the game is both in the endless survival mode and the various challenges that you can choose. And while there isn’t any multiplayer, it’s endlessly fun to challenge your friends and see who can survive the longest in the unforgiving winter storms with the likes of wolves, bears, and moose all coming after you.

If you’re looking for something more casual, you can open up Survival Mode in Pilgrim difficulty and enjoy discovering parts of the map and the different items you can discover along the way. The Long Dark remains a snowy delight after all these years. Like almost every horror-survival game, The Forest allows you to get the lay of the land before pestering you with monsters aplenty. What it does differently, however, is subvert your expectations as to what these cannibal creatures react to your actions. Unlike many other video game enemies, the cannibals of The Forest aren’t suicidally aggressive, and that’s what makes them so unsettling. They’ll run up to you, stopping just short of your reach, studying you before sprinting off never to be seen again.

Endnight’s clever AI-driven tactics has you second-guessing every move you make. Should you destroy that cannibal-built effigy? Should you burn the bodies of the slain? You don’t know for sure, but what you can count on is that the creatures of The Forest are always watching.

Aside from its fantastic AI, The Forest also offers a fairly large island to explore, brimming with wildlife to skin and eat, berries and flowers to forage, and of course, a nearly limitless amount of trees to chop down to construct bases with freedom that’s only matched by the next game on our list. With a fully interlocking cave system to delve into, tons of collectibles, and a compelling story with an insane twist ending, The Forest is an absolute must play for any survival fan.

Read our review of The Forest. It’s easy to write off Minecraft, but it’s just as easy to forget how excellent of a survival game it can be. A literal decade of updates and an almost unfathomable level of success have stretched it from creative servers to a roleplaying platform to a classroom teaching tool.

But the variety of experiences it enables doesn’t diminish the consistent fact that Minecraft is simultaneously one of the deepest and most accessible survival games ever made. You can go all the way from hiding from zombies in a dirt hovel as you scarf down apples to building literal working computers out of Redstone mechanisms without ever changing servers.

Few games (if any) have done as much to open this traditionally challenging genre up to such a wide audience, but the possibilities it enables while doing so are nothing short of remarkable.

Read our review of Minecraft.

And there you have it, our choices for the top 10 survival games of all time. Which games do you think belong on the list? Make sure to let us know in the comments below, and check out our lists of the best fighting games, the best open-world games, and much more. And for everything else in gaming, stick with IGN.

Agree with the picks on our list, or are some of your favorites missing? Well, you can share your own top survival games lists with us via IGN Playlist, our brand new tool that allows you to keep track of your gaming library, create lists and even rank them, discover what some of your favorite creators are playing, and more. Head over to https://www.ign.com/playlist to find out more, and start creating your own lists to share with us!