The Best Video Game Remakes of All Time

Movies and TV shows get remade all the time, but there’s something extra special about a video game remake. Being able to revisit a beloved video game of yesteryear with modern revamped graphics and mechanics is always exciting, especially because it often introduces classic series to brand new audiences.

To that end, here are our picks for the top 10 remakes of all time.

10. Shadow of the Colossus Shadow of the Colossus was a landmark achievement when it hit the PS2 in 2005. Team ICO built a lonely, desolate, deeply affecting world on some incredibly limited hardware, and while the core game stands the test of time, its technical performance and visual clarity were clearly held back.

Fast-forward 13 years and Bluepoint Games, which previously remastered both ICO and Shadow of the Colossus, got its hands on the remake and completely modernized it. With a much steadier framerate, gorgeous graphics, and a commitment to keeping the soul of the original intact, Bluepoint hit it out of the park enough to get the chance to remake Demon’s Souls, and eventually be acquired by PlayStation.

Read our review of Shadow of the Colossus. 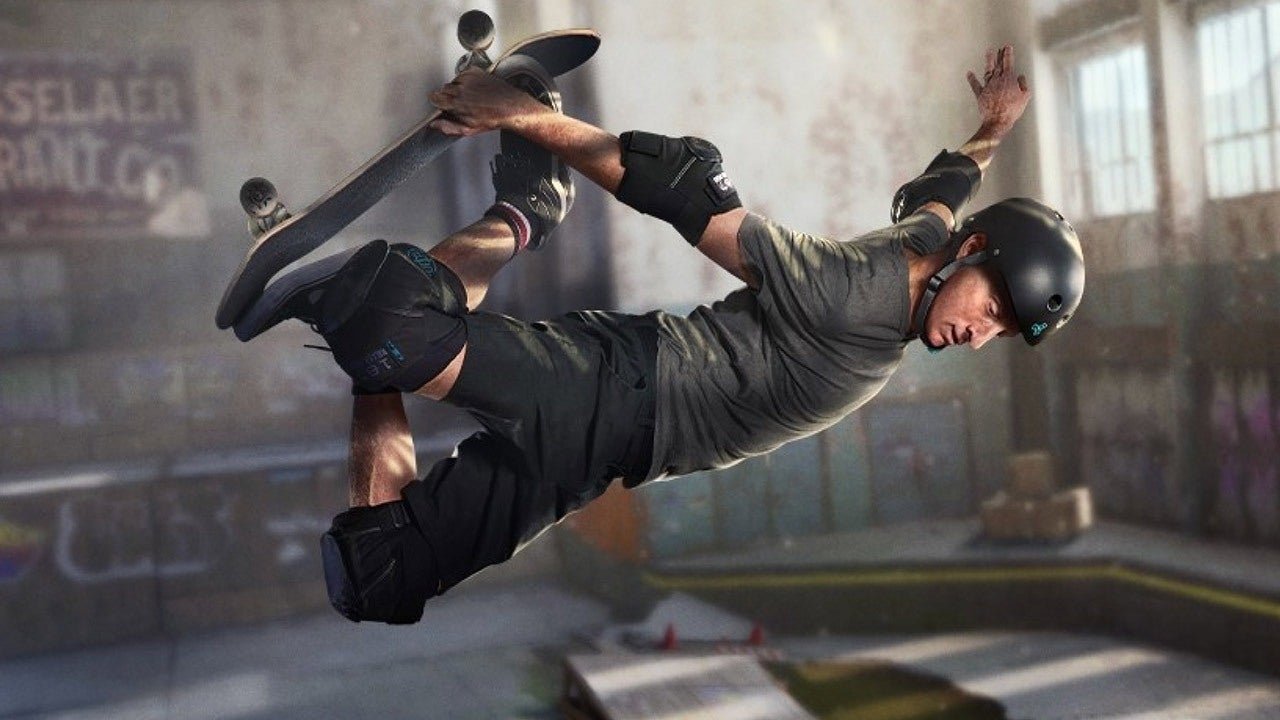 If you’re nostalgic for the original releases from over 20 years ago or just looking for an action sports game that’s as fun as it’s engaging, Tony Hawk’s Pro Skater 1+2 is a recreation of the original skateboarding title that not only stays true to the originals but also adds in just enough new content to make the game feel fresh and new. The updated visuals bring the larger-than-life skateparks, pro skaters, and their gravity-defying tricks a level of visual fidelity and detail that makes every two-minute run more engaging than the last.

The skating still feels as good as it did back on the PS1 and the game’s now legendary soundtrack is back in all its glory. Whether you’re looking to recapture the glory days of searching for those hidden 411VM tapes or grinding across school lunch tables as Officer Dick, you’re bound to find something you’ll love in this remake – and will be singing the chorus to Superman in no time. Pokemon Gold and Silver, though only the second in the long-running Pokemon RPG series, are the only entries that allowed players to travel across two different regions and collect 16 badges instead of the standard eight. That meant two “end-game” challenges to conquer, two sets of Legendary Pokemon to collect, 16 different gym leaders to defeat, and more. The enhanced Nintendo DS remakes bring the sprawling journey into full color and utilizes the superior hardware to seamlessly bring improved music, better UI, and WiFi capabilities. With the addition of new content like the National Dex, increasing the total Pokemon from 251 to 493, the grueling battle frontier, and everyone’s favorite, the Pokeathlon mini-games, there is so much more to explore.

More importantly, we are introduced to the Pokewalker, the original Pokemon Go, allowing us to take our favorite Pokemon outdoors and gain levels by walking around… or cheat by shaking the Pokewalker. Pokemon HeartGold and SoulSilver adds new life to the classic adventure, reimagining the original experience with fun and challenging additions to appeal to both new and returning fans.

Read our review of Pokemon HeartGold/SoulSilver. Plenty of wonderful games are deserving of remakes, but none perhaps needed one as much as Live A Live, the 1994 Square Enix RPG that preceded Chrono Trigger and laid the groundwork for not only that title, but numerous beloved classics that followed. Live A Live’s unique structure, following seven characters from different eras through distinct vignettes, was groundbreaking both back in the day and once again in the 2022 remake, to say nothing of the ways in which it ultimately threads its themes and overarching narrative through its separate parts.

The 2022 remake gave Live A Live a desperately-needed makeover in gorgeous HD2D and reorchestrated its fantastic soundtrack, all while keeping its wonderful story intact in its first-ever localization outside of Japan. In a final flourish, Live A Live’s remake adds a small but massively impactful piece of new content in its final hours that throws its ending into a hopeful new light, and makes its emotional conclusion all the more powerful.

Read our review of Live a Live. Half-Life Black Mesa is an interesting remake in that it’s the rare example of a fan remake that was officially supported by the original developers. And it’s an exceedingly great thing that Valve never shut this one down, because Half-Life Black Mesa is hands-down the best way to experience one of the most important and landmark first-person-shooters in all of video games.

The only downside is that it spent so long in development that by the time it was officially released its updated looks were already dated, but as IGN’s Dan Stapleton says, “it still makes great use of the distinctively creepy atmosphere and excellent combat that left such a mark on this genre.” The original Metroid for the NES was a groundbreaking game for the time, but when looked at through a modern lens, it’s hard to argue that it holds up. Fortunately, Metroid: Zero Mission exists. Rather than opting for a 100% faithful remake with a couple of modernization tweaks, Metroid: Zero Mission is instead a game rebuilt from the ground up that uses the original Metroid as more of a blueprint for its story and level design, while drawing and instead draws its gameplay inspirations from the more modern 2D Metroids, like Super Metroid and Metroid Fusion.

It’s an expertly crafted modernization of one of Nintendo’s best mascot series that still holds up to this day as not only one of the best Metroid games, but also one of the best remakes as well. When it comes to faithful remakes that largely stick to the core gameplay and design established in the original and focus instead on bringing everything else up to modern standards, there aren’t many games that are better than the original Resident Evil Remake. The REmake adheres to everything that was intrinsic to the original game, from the pre-rendered backgrounds, to the tank controls, to the limited inventory that forces you to make tough decisions on what to keep and what to toss. But then it also adds several entirely new features that change up the experience and give it its own identity.

Whether it’s the terrifying addition of Crimson Heads that force you to rethink whether it’s worth killing a zombie if you don’t have a way to set it on fire, or the brand-new plot thread involving Lisa Trevor, Resident Evil’s remake shines because not only was it a faithful remake that brought a PSOne classic into a modern light, but also because of the ways that it separated itself from that classic to become something even better. As good as Demon’s Souls was back in 2009 (and it was very, very good), it is a game that shows its age when viewed through a modern lens, especially one informed by subsequent iterations of the Souls series. The 2020 remake of Demon’s Souls completely stripped away those technical shortcomings that held the PS3 version back, while adding several subtle quality of life upgrades that succeeded in modernizing the game to the point where if you never played the original, you could very likely be fooled into thinking that this was the latest entry in the Souls series as opposed to the very first one.

Bluepoint managed to stay completely respectful to the original vision, while also adding their own signature touches that only served to help elevate what was already one of the best games of the PS3 era.

Read our review of Demon’s Souls. 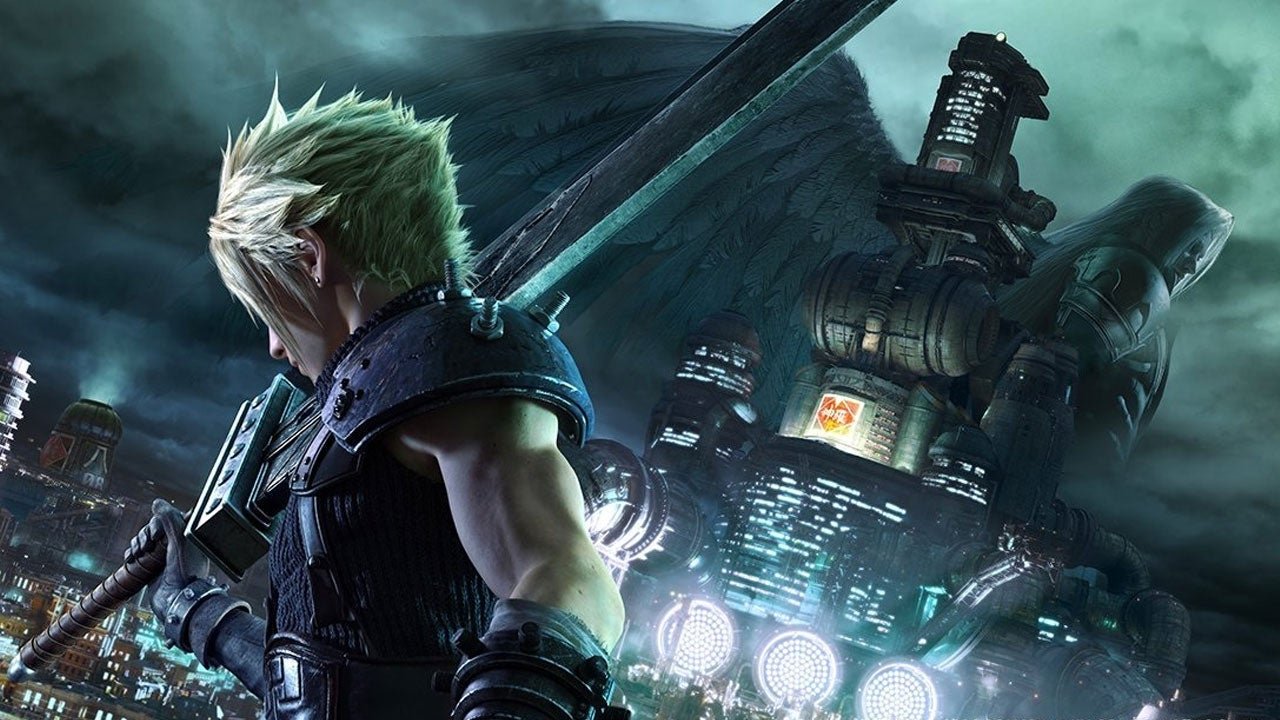 Sure, we could argue whether or not Square-Enix was right in splitting up Final Fantasy 7’s remake into multiple games, but if you judge this first game in the Final Fantasy Remake series on its own merits, it’s incredible.

This is a stunningly gorgeous game that gives new life to some of gaming’s most memorable characters and settings, but more than that, it completely revamps the combat system to be something completely new, and yet somehow still evocative of the original. There’s good reason to be disappointed that the remake’s story only covers about 30% of the original game, but the way in which FF7 Remake dives into that 30% and expands upon things like Jessie’s backstory, life in the Sector 7 slums, and Cloud’s relationship with his fellow avalanche buddies is absolutely exemplary. Resident Evil 2 Remake took what the original did so well – its labyrinthian level design, its ostentatious enemies, its omnipresent sense of dread – and molded it into a horror experience designed for modern audiences. Environments are cleverly reworked and expanded upon, enemies are faster, deadlier, and more unpredictable, and gorgeous lighting built in the RE Engine casts shadows over nasties waiting to grab you unawares.

Perhaps Resident Evil 2’s biggest achievement, though, is the way Capcom has played with the original’s most iconic encounters. When you think you’ve got a terrifying moment figured out, Capcom will twist it ever so slightly, removing any certainty as you slowly make your way through its carefully curated collection of memories. This is a remake designed to both terrify you in today’s horror landscape and scratch that nostalgic itch, and miraculously achieves both right until its breathless end. It’s the new gold standard for remakes.

And that’s our list! Obviously, with only 10 spots, there are plenty of remakes that didn’t quite make the cut. Let us know in the comments what would make your list that’s not on ours! For more remakes of classic games, check out our review of the Last of Us Part 1, and be sure to find our previous lists, such as the best Survival games, the best Open-World games and more. For everything else gaming, keep it here on IGN.

Agree with the picks on our list, or are some of your favorites missing? Well, you can share your own top remake lists with us via IGN Playlist, our brand new tool that allows you to keep track of your gaming library, create lists and even rank them, discover what some of your favorite creators are playing, and more. Head over to https://www.ign.com/playlist to find out more, and start creating your own lists to share with us!